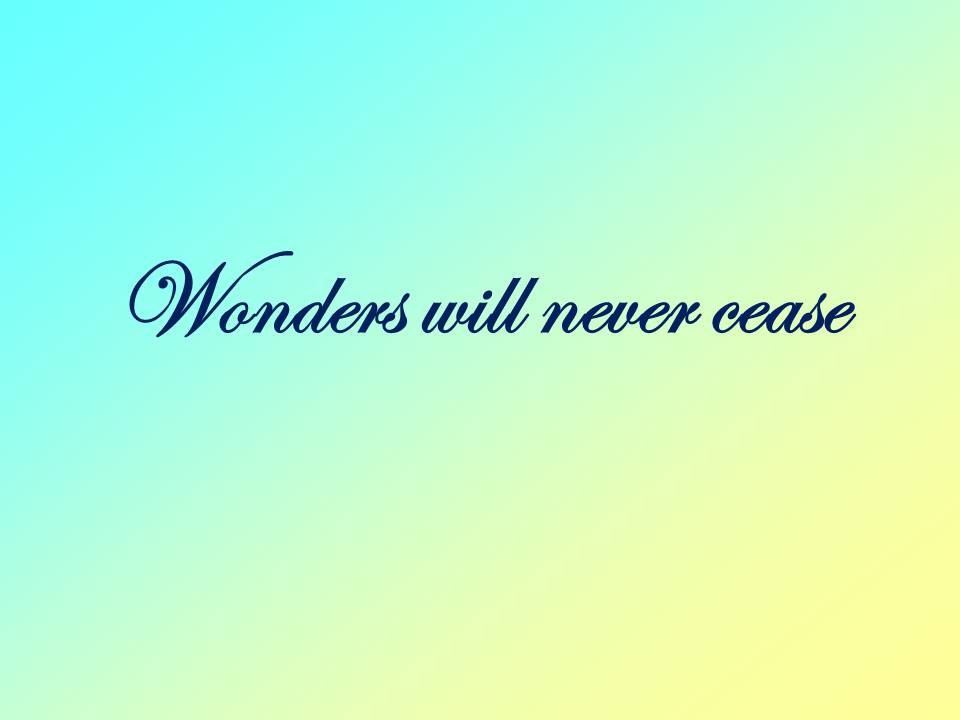 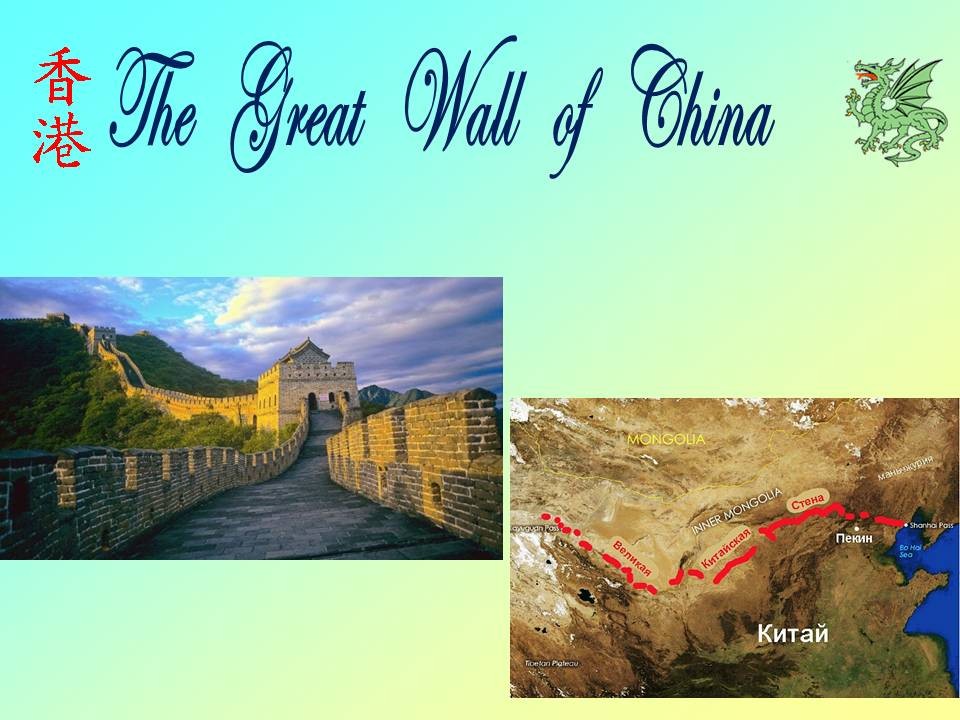 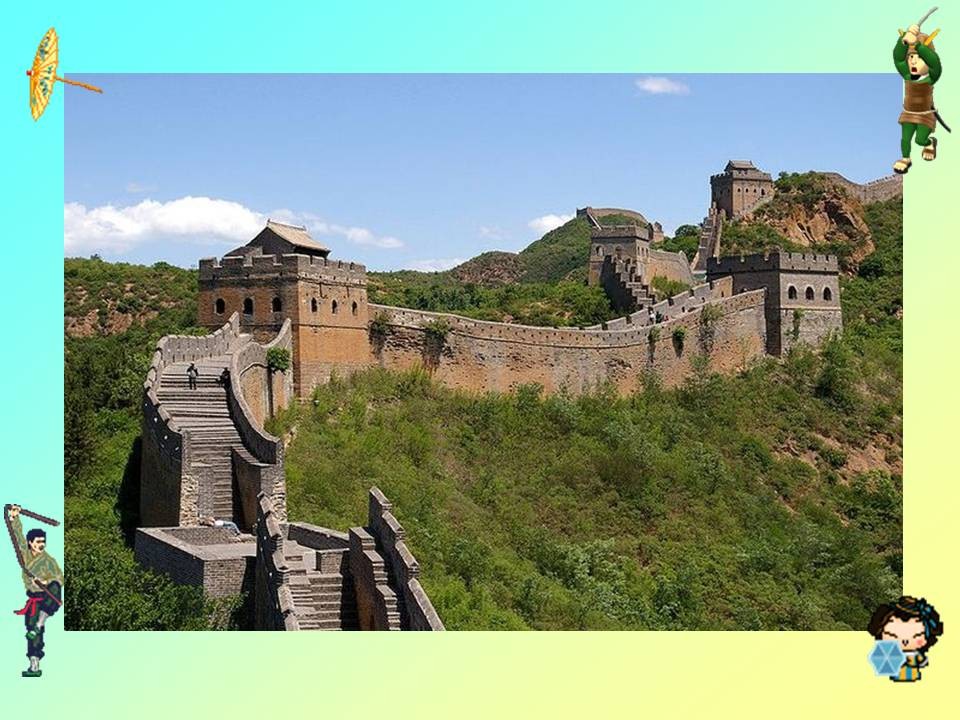 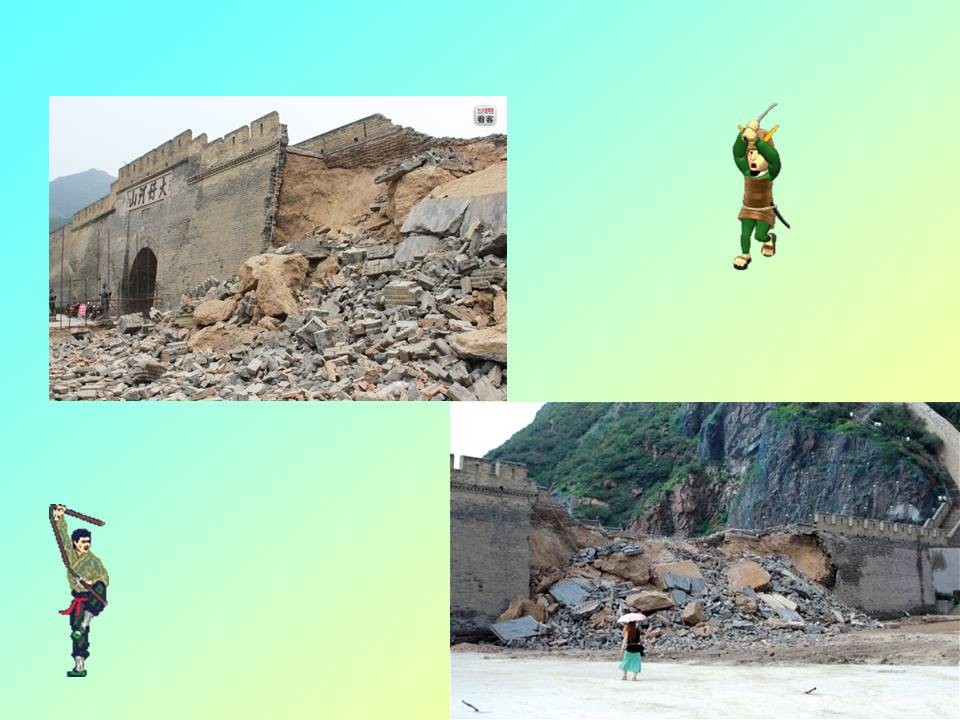 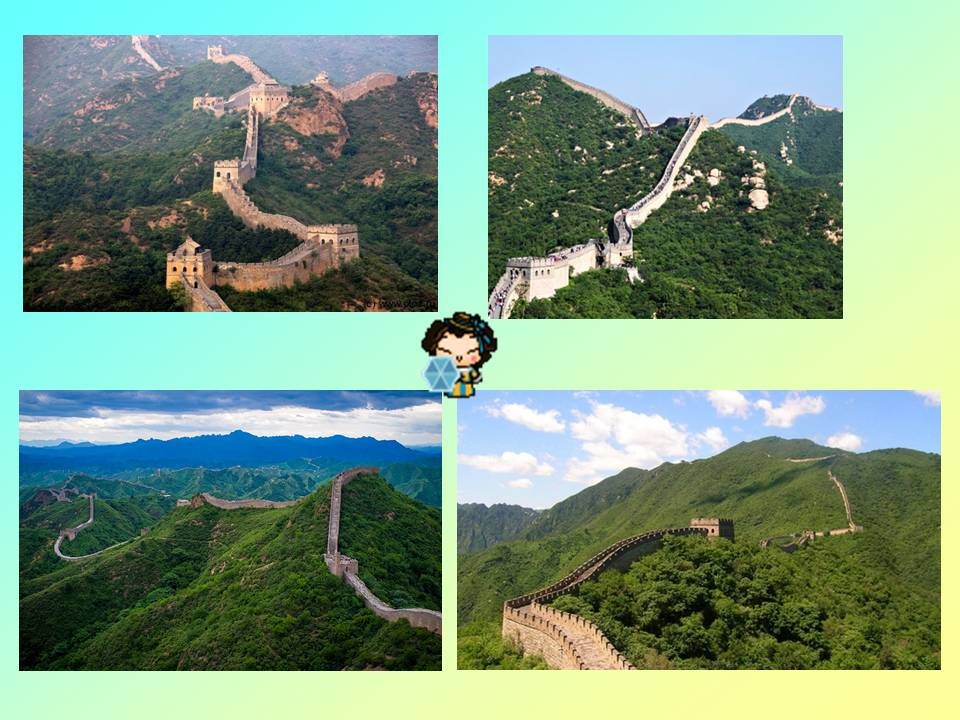 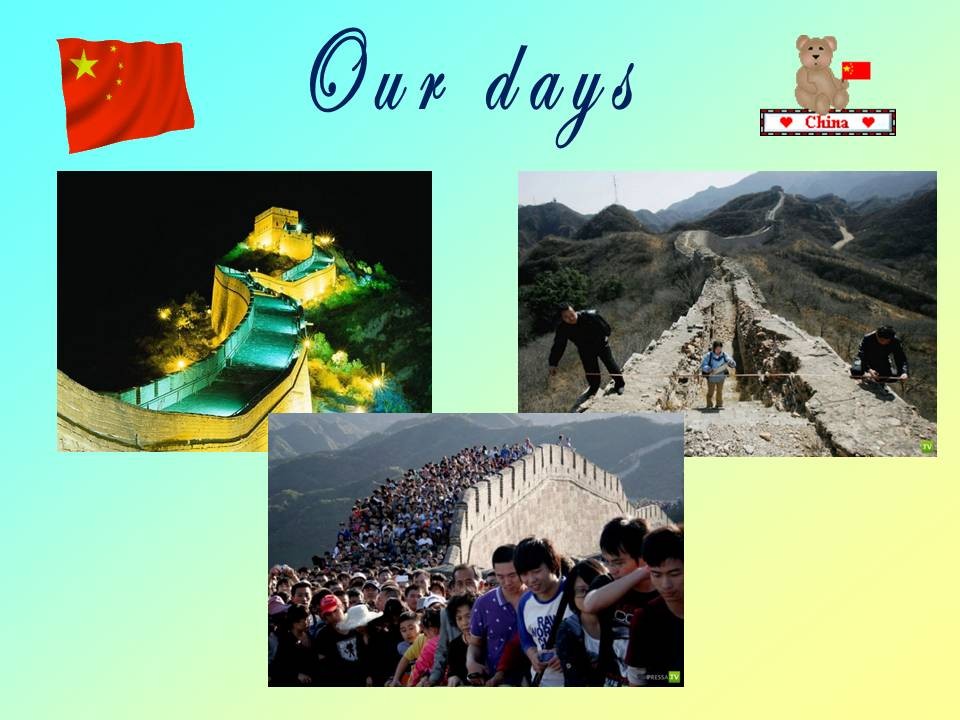 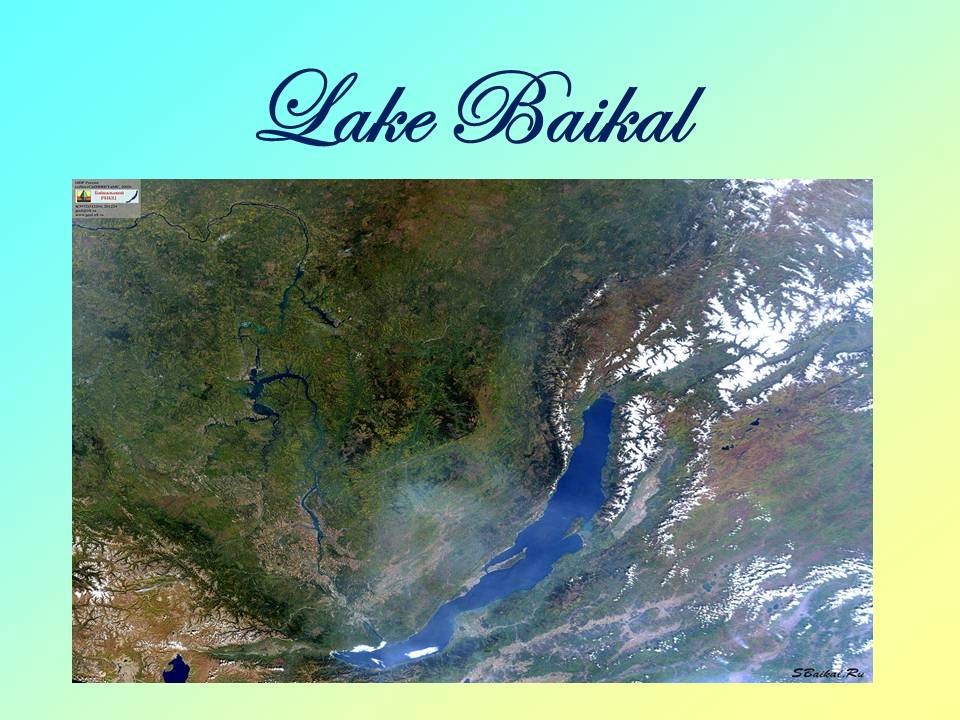 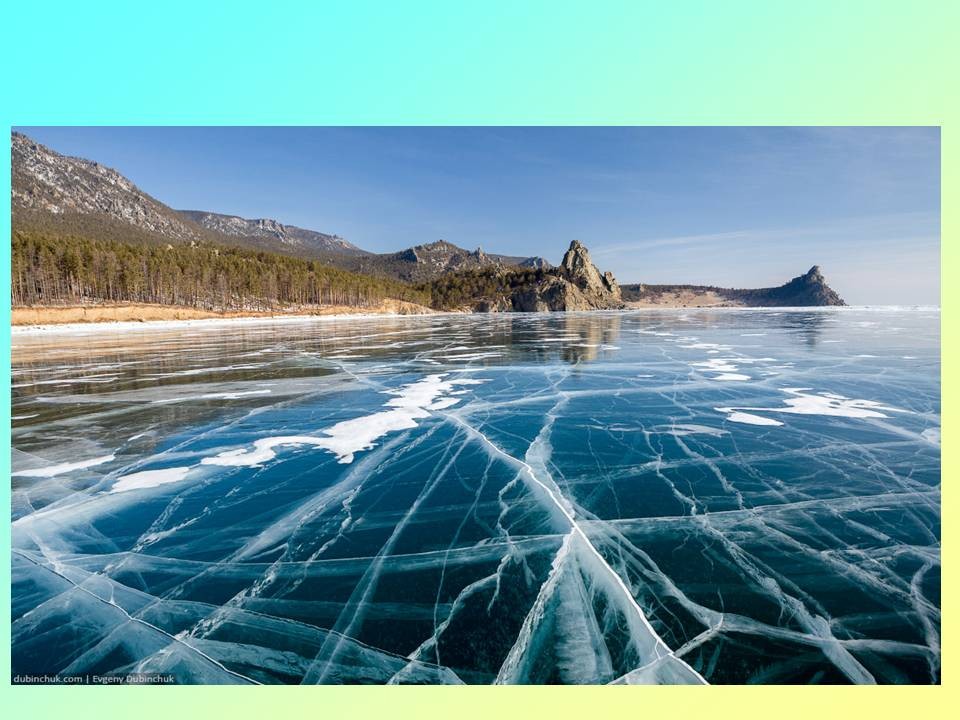 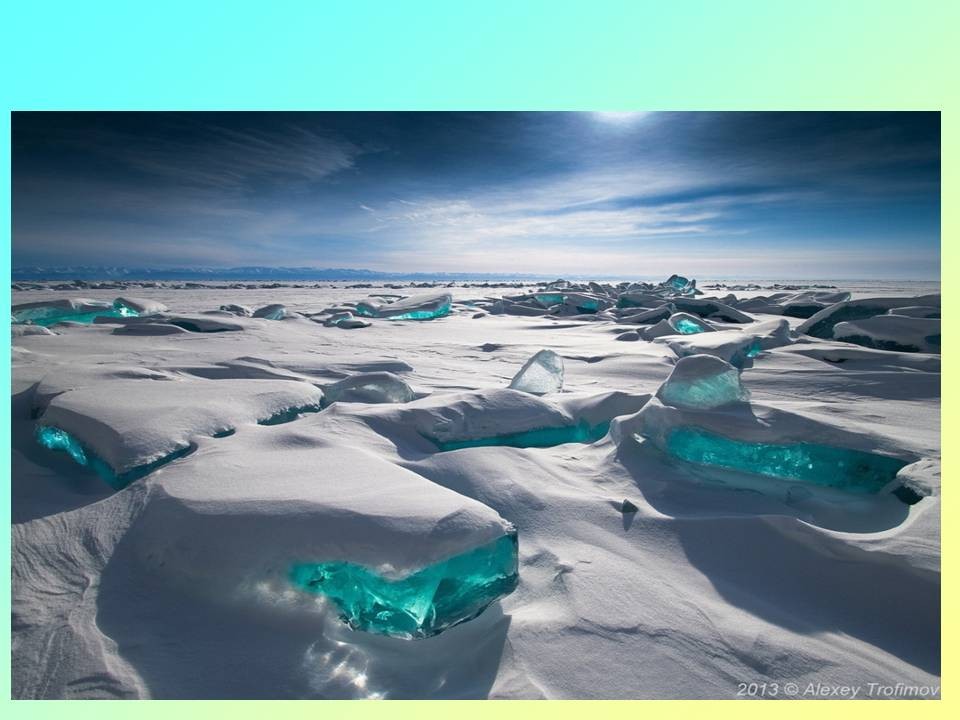 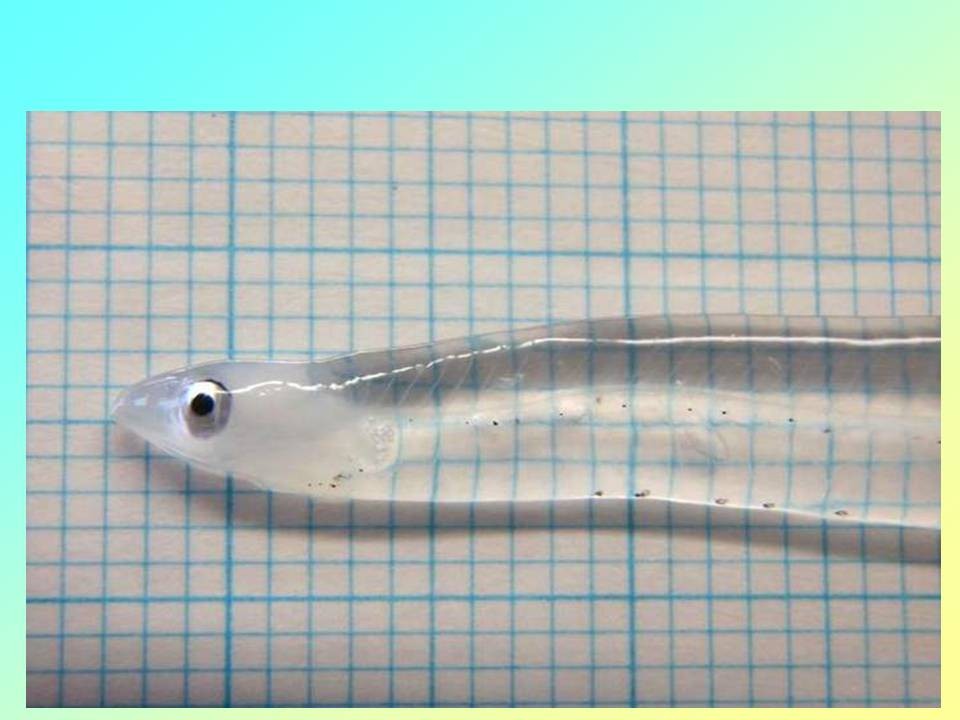 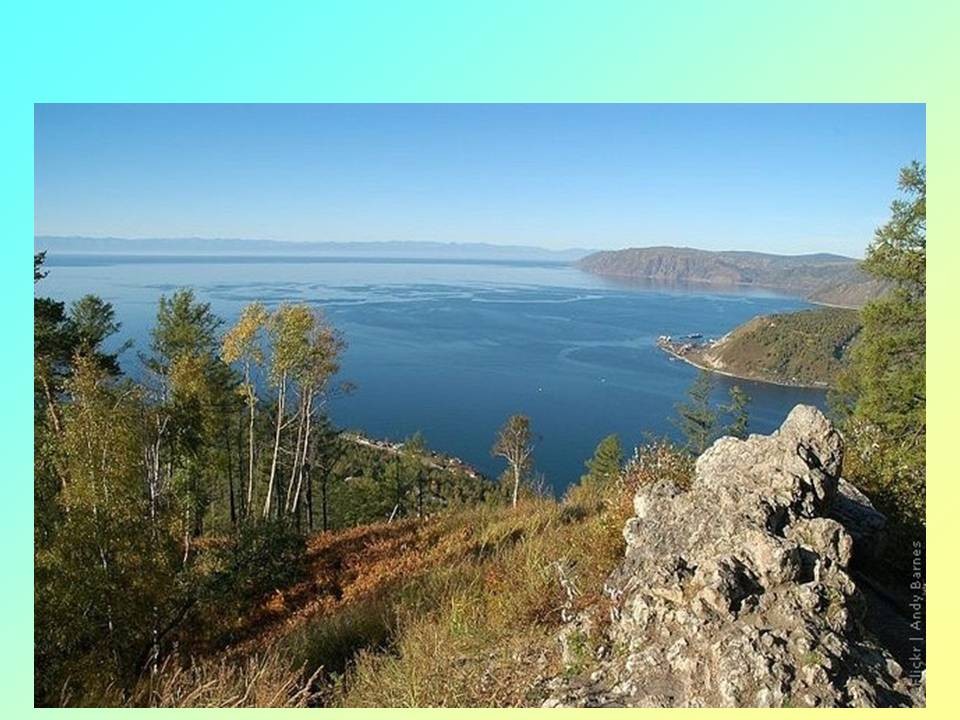 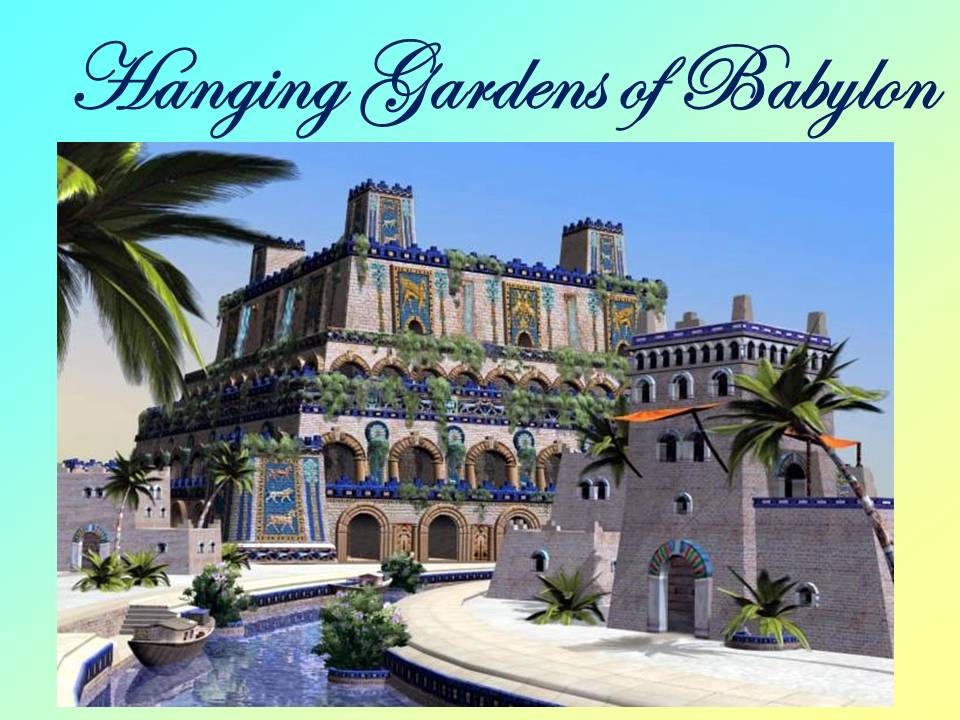 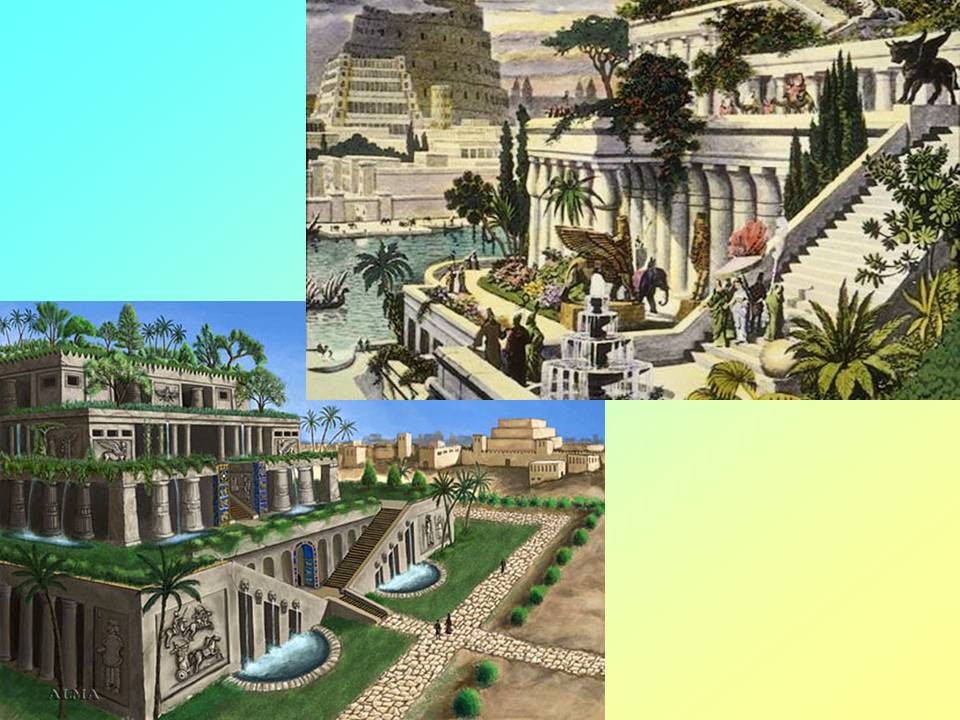 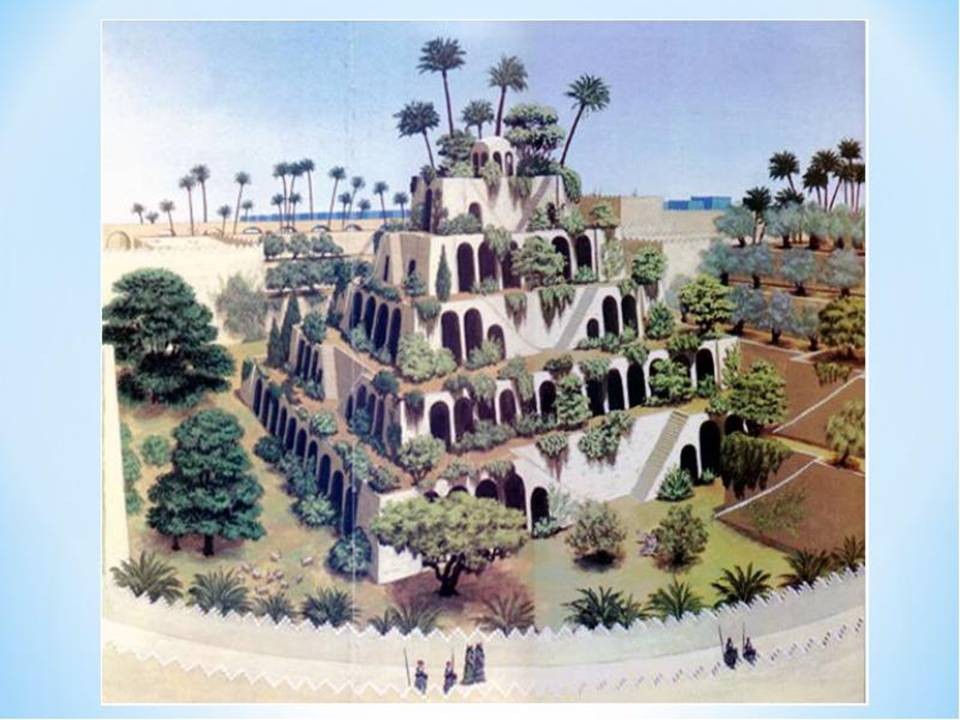 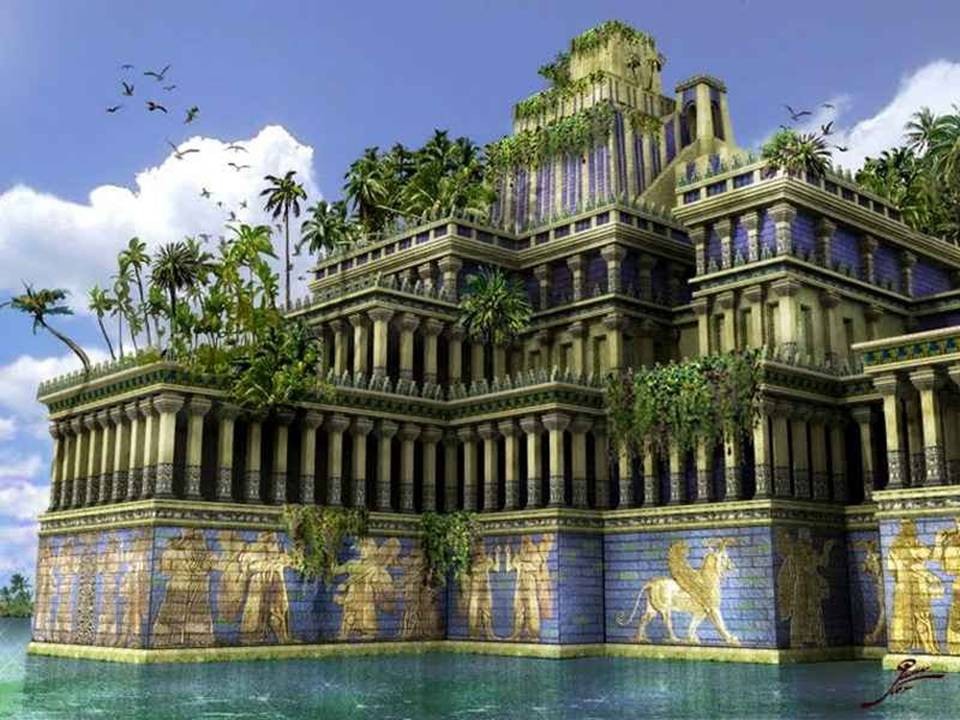 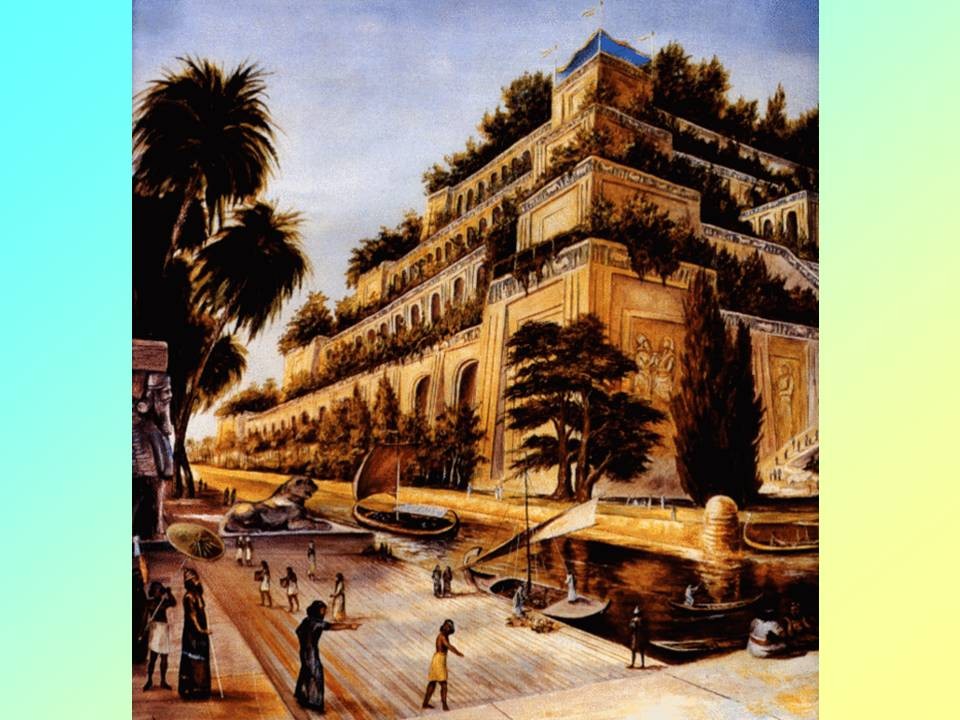 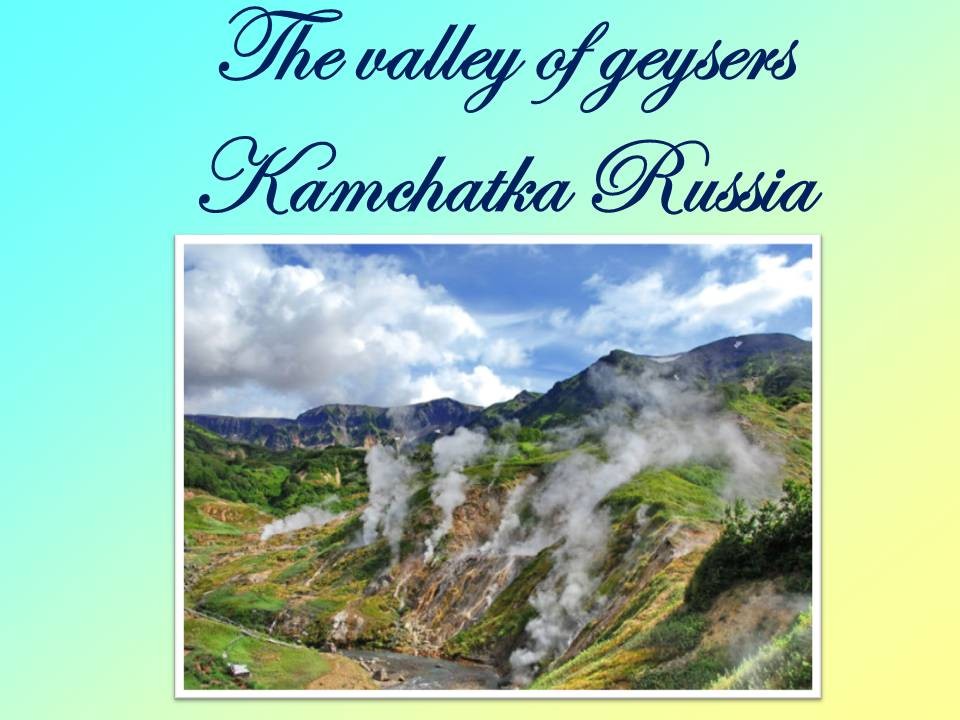 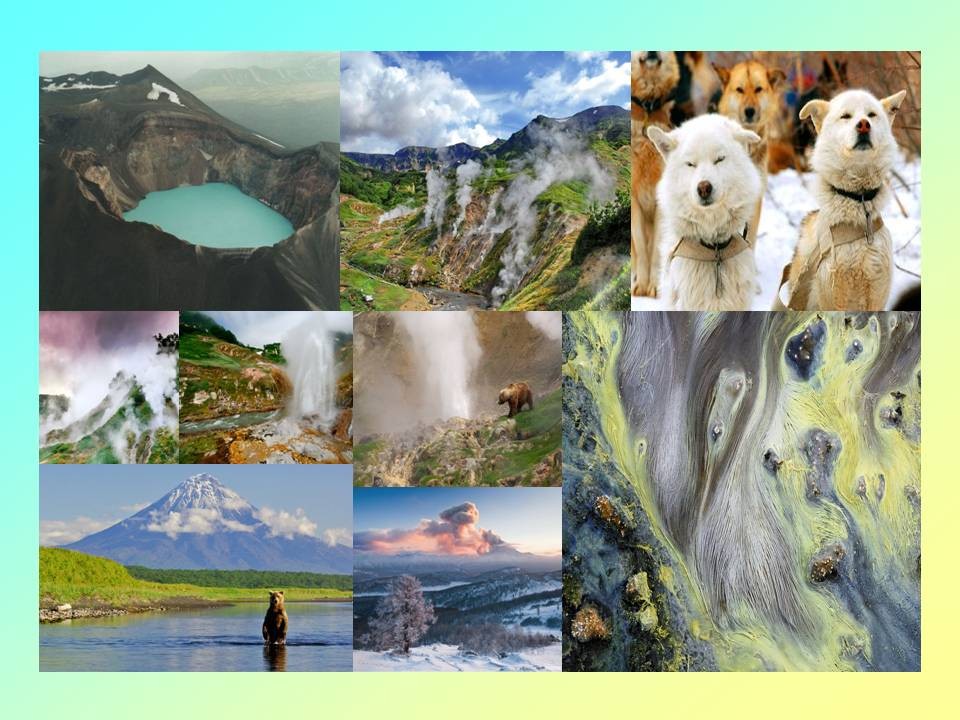 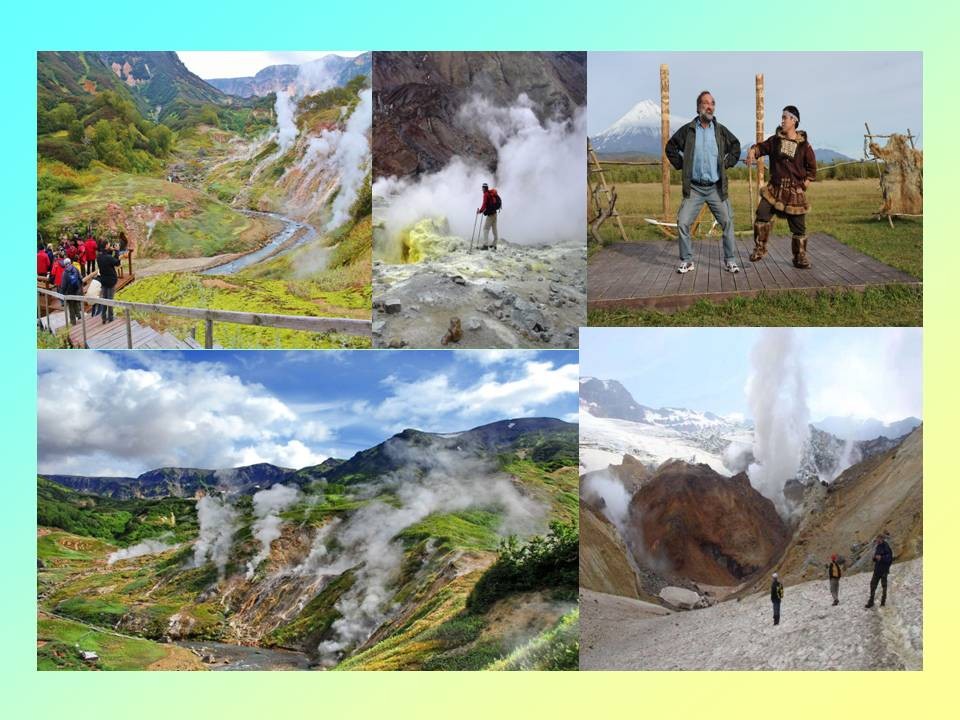 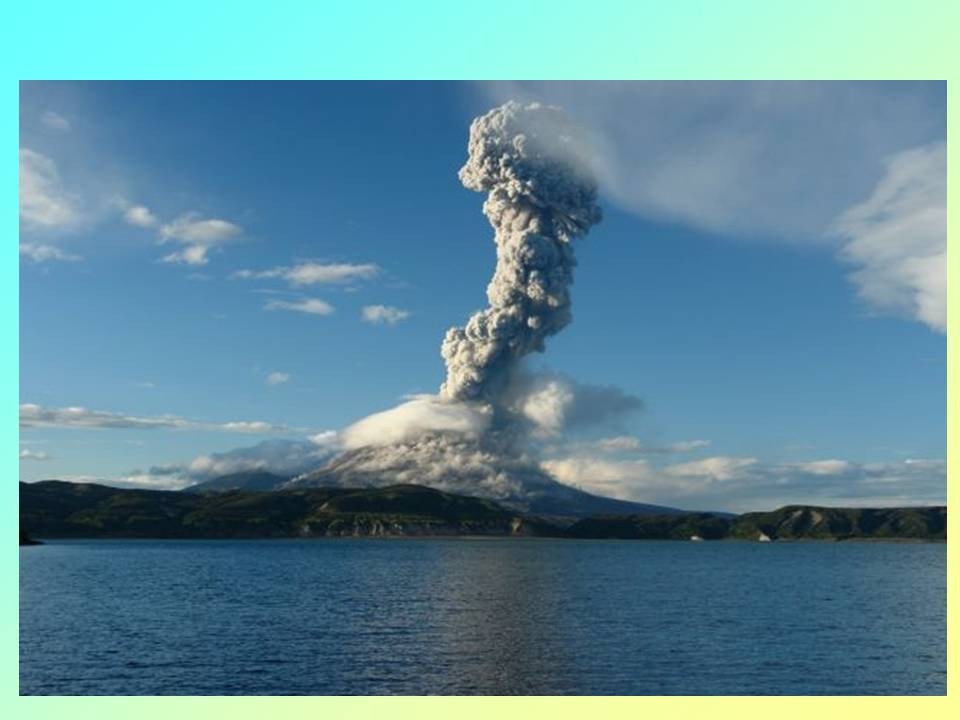 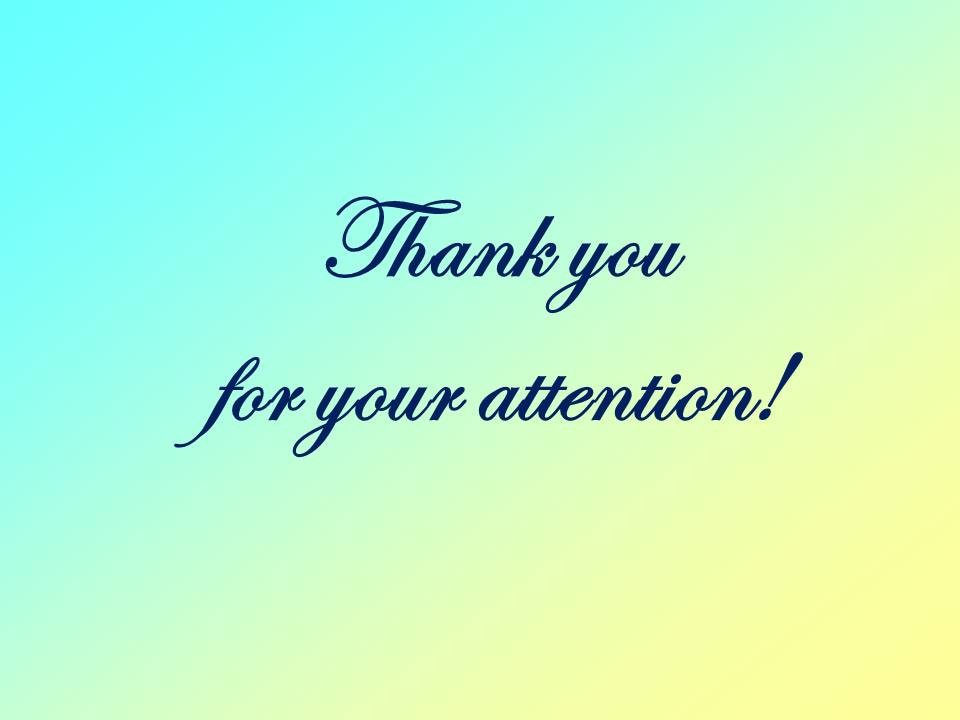 I. Hello class! The topic of our lesson today is "Wonders will never cease”.

First of all, let’s answer the questions

What does this word mean for you?

(If we look this word up in the dictionary, we may find a definition like this:

- It is a feeling of surprise usually combined with admiration, that is produced by something unusually fine or beautiful, or something unexpected or new to ones experience.

- It can be a wonderful person, especially one who is able to do these things that need great skill, cleverness or effort.)

2. We don’t come across them very often, but when it happens we are not likely to forget them. Why?

3. Have you ever heard about the Seven wonders of the word? Can you name the list of them?

4. Do you know which of them has survived till our time and why?

5. Why do people say that wonders will never cease?

In fact, every person could make up their own list of wonders of the world, whatever they may be - objects or people.

II. Look at the categories below and decide what wonders you would like to include in each of the lists. Compare and discuss them with your partners.

III. Now we are going to do a listening task while watching a presentation about things that are considered to be the great wonders of our world . (

1. The great wall of China.

It is the biggest object ever made by humans. It stretches across mountains, deserts and grasslands for over 6000 km. The ancient Chinese built the wall to keep invaders from the west out of their country. Today tourists from all over the world come to see it.

The Great Wall of China isn’t one long wall. It is a system of many walls. Thousands of soldiers, criminals and peasants worked on building the wall. It was finally completed during the Ming dynasty in the 17th century.

The Chinese wall is made of dirt, mud, stone and brick. It is between 5 and 9 meters tall and up to 8 meters wide. A small road runs on the top of the wall. Towers every few hundred metres were built to store military supplies. They served as watch posts and were used to send information. Guards fired cannonballs or used smoke signals to inform other towers of possible invaders. At times up to a million Chinese soldiers guarded the wall.

Over the centuries parts of the wall have been damaged by weather, earthquakes and wars. The government destroyed some parts of the wall to build new roads or for other construction projects. In the western part of China sandstorms have covered part of the wall. As a result almost half of the wall has disappeared completely, while about 30% is in fairly good condition.

In 2006, the Chinese government started taking actions to protect the Great Wall. Today, the wall is a World Heritage Site, a symbol of China and a big tourist attraction. The most visited section is a part near Beijing which 6 million tourists go to every day.

During its construction, the Wall was called “the longest cemetery on the earth” because so many people died building it.

It is a very wonderful lake with the depth of 1620 meters. Baikal is the deepest of all lakes and seas in the world. That’s why native Siberians don’t like it if you call it a lake. “the glorious sea”-this is how it is called there. The lake accounts for nearly 19 % of all world’s fresh water, contained in all the lakes of the world.

The first wonder of it is its pure and crystal clear water and everyone who was here tells you that they have drunk nothing of the kind before.

That’s why the lake is called-“The blue heart of Russia.”

The Angara is the only river which flows out from it but nearly 500 rivers flow into the Baikal.

The second wonder of the lake is its age. It has been living for 25 million years. There was time when palm trees grew on its shores.

Baikal is home to more than 1,700 species of plants and animals, two thirds of which can be found nowhere else in the world and was declared a UNESCO World Heritage Site in 1996. It is also home to Buryat tribes who reside on the eastern side of Lake Baikal, rearing goat, camel, cattle and sheep, where the regional temperature varies from a minimum of -17°C in winter to maximum of 14°C in summer.

The lake has a lot of beautiful and picturesque places where you can have a rest.

The third wonder of the lake is Golomyanka fish. This is the most unique fish in the world. It is so transparent that you can read a newspaper through it. The fish lives only in Baikal.

The Hanging Gardens of Babylon were one of the Seven Wonders of the Ancient World, and the only one whose location has not been definitely established.

They were called the Hanging Gardens because they were built high above the ground on multi-level stone terraces. The plants weren't rooted in the earth like a traditional garden. If they existed they were likely the most beautiful man-made gardens ever created.

The Hanging Gardens are the only one of the Seven Wonders of the ancient world that may not even have existed.

There is no documentation in Babylonian sources that the gardens ever existed. There is also no solid archaeological evidence that they existed.

The most popular theory is that the gardens were built by king Nebuchadnezzar II to make his wife happy. She was homesick for the plants and gardens of her homeland.

King Nebuchadnezzar II ruled Babylon from 605BC, for a period of 43 years. It was during this time that he is said to have had the Hanging Gardens built.

If the gardens actually existed, it would have taken 8,200 gallons of water each day to keep the plants watered.

The gardens were thought to be about 75 feet high. The water would have had to have been carried up or transported to the top of the gardens by a primitive water irrigation system.

Some historians and archaeologists believe that the gardens did exist and were destroyed by war and erosion. Some believe it was earthquakes that eventually devastated and destroyed the gardens.

The Valley of Geysers is the only geyser field in Eurasia and the second largest concentration of geysers in the world. This 6 km long basin with approximately ninety geysers and many hot springs is situated on the Kamchatka Peninsula in the Russian Far East. It is a part of the Kronotsky Nature Reserve, which, in turn, is incorporated into the World Heritage Site “Volcanoes of Kamchatka”. The valley is difficult to reach, with helicopters providing the only feasible means of transport.

The Valley of geysers was discovered not long ago - in April, 1941 when a hydrologist Tatiana Ustinova went up along the riverbed of the Shumnaya ("Noisy"), and, entering a narrow passageway between the rocks, stopped not far from the mouth of an unknown tributary.

There are over 20 big geysers in the Valley of geysers. There are geysers that gush forth every 10-12 minutes, while others may erupt once in 4-5 hours. The wreathes of steam, fountains of boiling water, incredible colours of slopes, hot water streaming along them and profuse greenery of grasses and trees create an enchanting spectacle.

Some geysers were covered with water. The speed of the water going up is about 5 meters a day, the water has already gone over the dike and the rest of the geysers that are up the canyon are not going to be flooded. It is very probable that the dike will be damaged by the hot water of the geysers and the water level in the Valley will go down. Then the flooded geysers will be viewed again. Mud volcanoes and fumaroles have not been damaged either.

IV. Let’s check the table and discuss the facts we have been told about.

V. The end of the lesson.